IMBEWU-Suisse was founded October 20th 2001 as a non-profit organisation according to article 60 of the Swiss Civic Code. The association is overseen by an executive committee who in turn delegates the management of its projects to an operational office based in Neuchâtel. These two bodies meet monthly to exchange, evaluate, and to collaborate on the management of the projects. The entire structure also receives considerable support from numerous volunteers who are directly involved in the organisation and its workings.

IMBEWU is one of the founding members of Latitude 21, the Neuchâtel state federation for development cooperation. The latter consists today of 18 associations and enables IMBEWU to reinforce its promotion of cultural exchange as well as awareness of global issues.

Based in Neuchatel, the operational office employs two permanent part-time staff. The office team is completed by two interns, one in project management and the other in communication and fundraising. The team also receives the precious support of one volunteer in international fundraising. 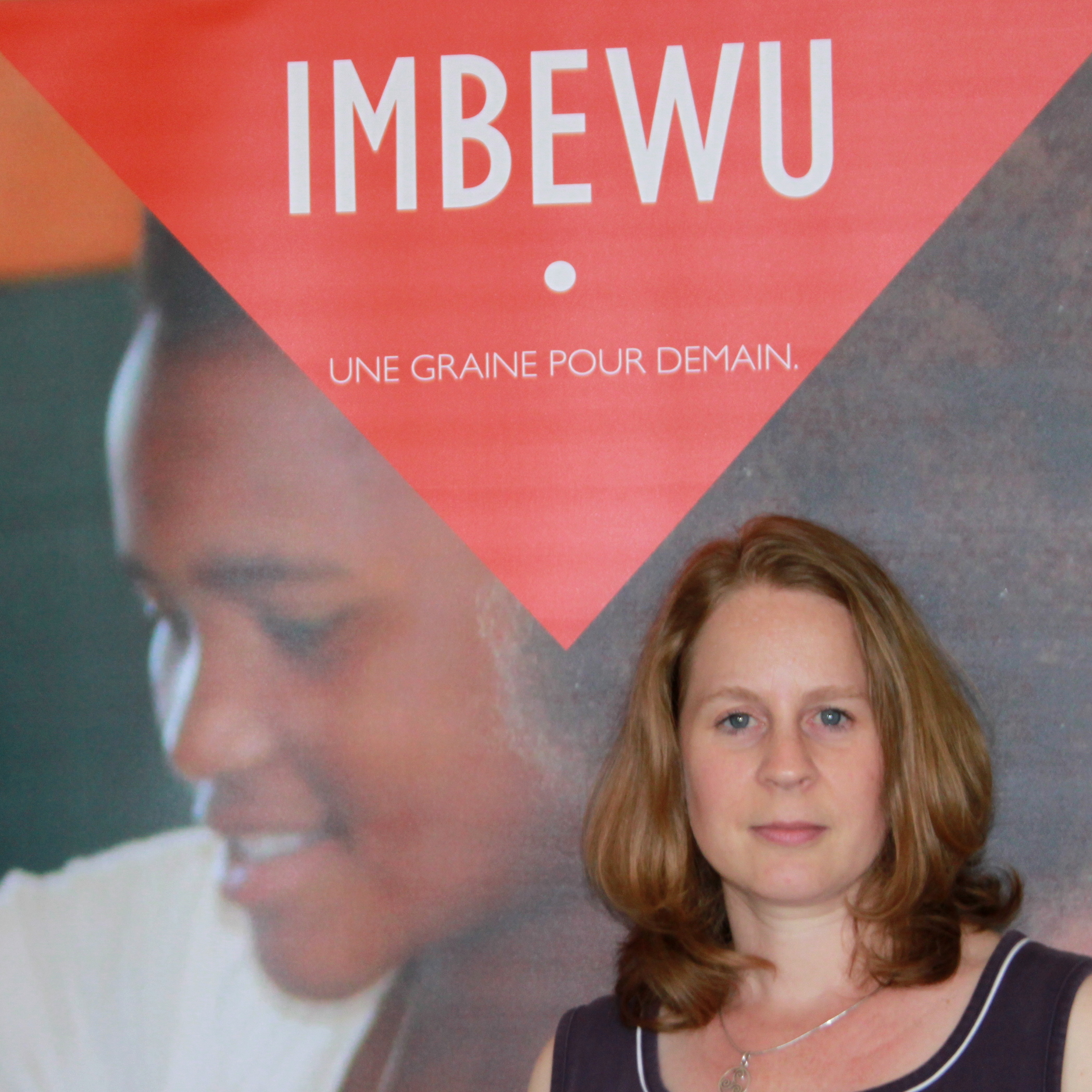 The position of general coordinator in Switzerland was created in 2009 to support the IMBEWU Switzerland volunteer committee.

Equipped with a degree in International Relations, Anne Roulet has wide experience in international development in Mexico and Switzerland. Trilingual, she has worked in a number of different areas such as institutional development and support for social organisations (networking, awareness, fundraising, migration). 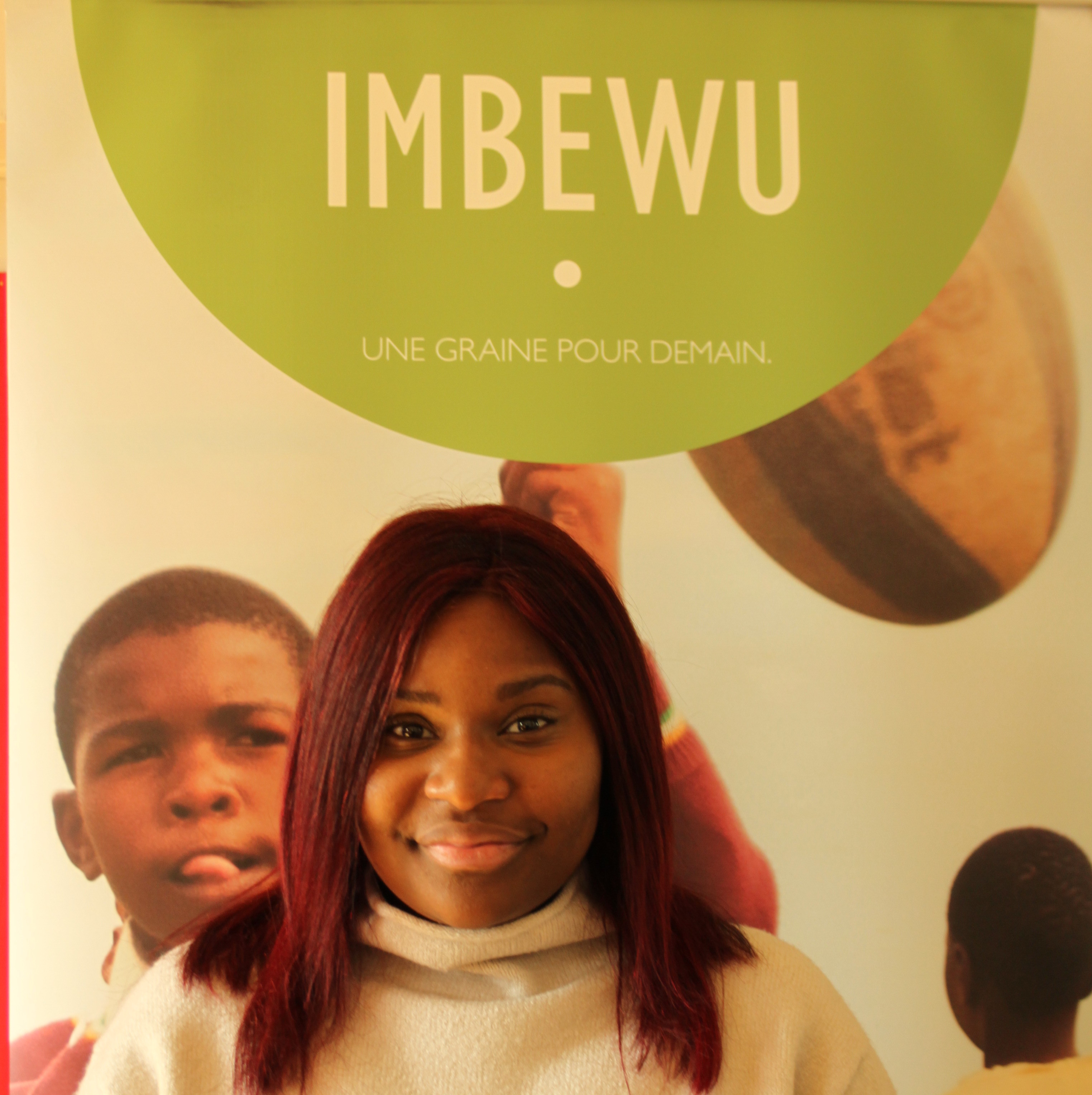 Communications and fundraising assistant
(80% - since January 2019)

After a Bachelor in Political Science from the University of Geneva in 2016 Amandine Bayizila embarks on the associative sector with Pride.2016 in Fribourg. As communication and marketing officer she was seduced by the challenges and creativity of these functions. The desire to discover more is there. Two years later an opportunity arises and leads to the acquisition of the diploma of Communication Specialist from SAWI, a training followed in parallel to a Master in Economics - specialization in Sustainable Developement and Social Responsibility.

Meanwhile she continues to expand her experiences and expertises with public institutions and cultural organizations. 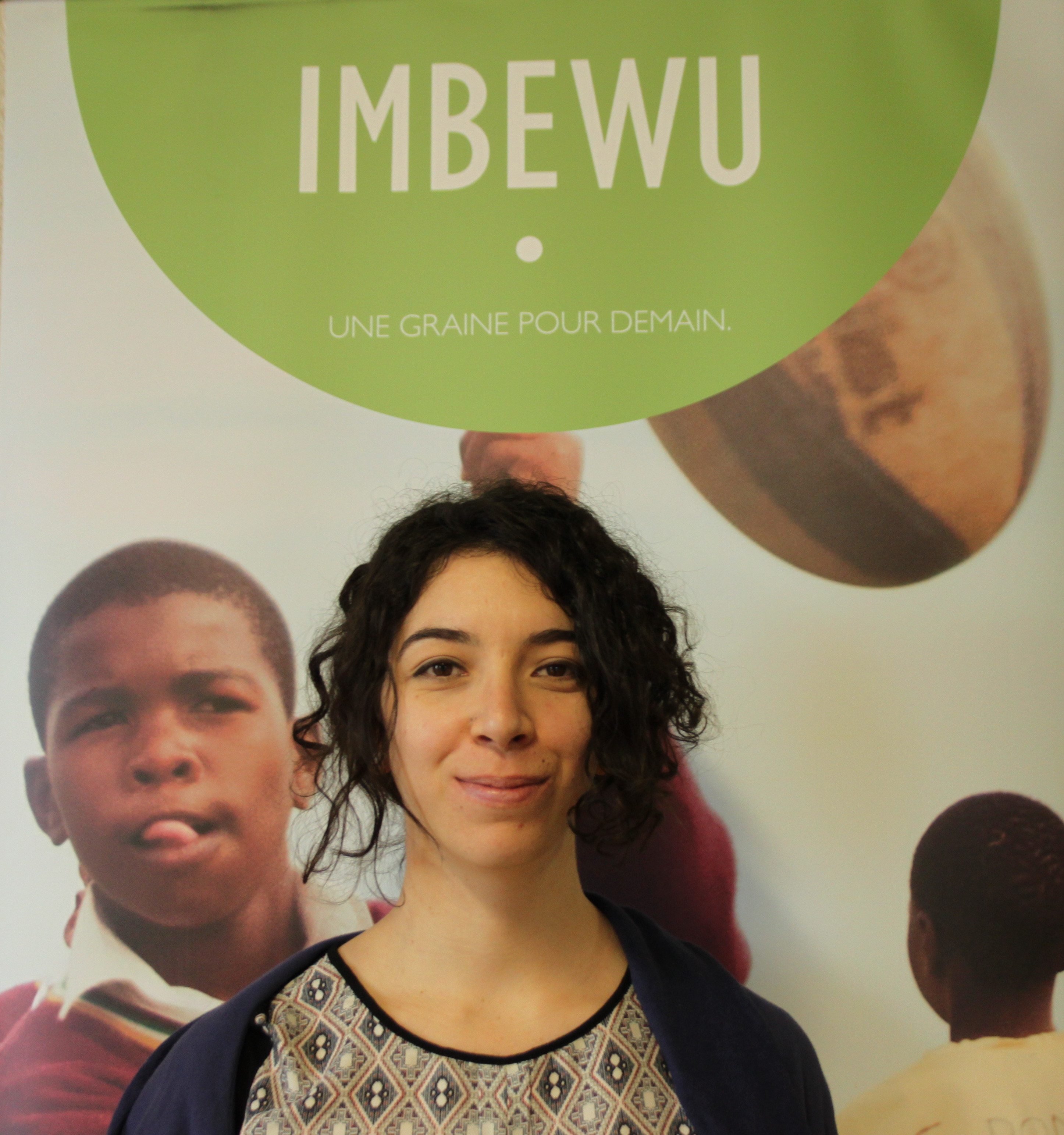 Communication and fundraising – 80% since January 2019.

After a Master in Politic Sciences, Samia was commited for years in the social field with diverse publics and discovered a strong interest in supporting young people. Passionate by dance and diverse physical activities, she worked on projects based on sport and creative mediation for social and educational purposes.

Wishing to move towards international cooperation, she was immediately sensitive to the values and the socio-educational component of IMBEWU projects. She joined the team with conviction as a communication and fundraising collaborator in January 2019. 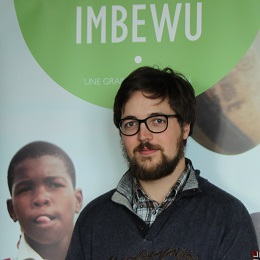 After his studies in French and English literatures, Samuel Torche started working in the associative field. He joined a small cultural structure in the Jura Bernois where he organises concerts and other events. Before and during his studies, he organised youth activities with scouts. Today, he is still doing camps for children as a facilitator with the WWF.

Willing to commit more in the associative field of work, and to pursue his activities for children, Samuel Torche joined the IMBEWU team in February 2019 as projects assistant. 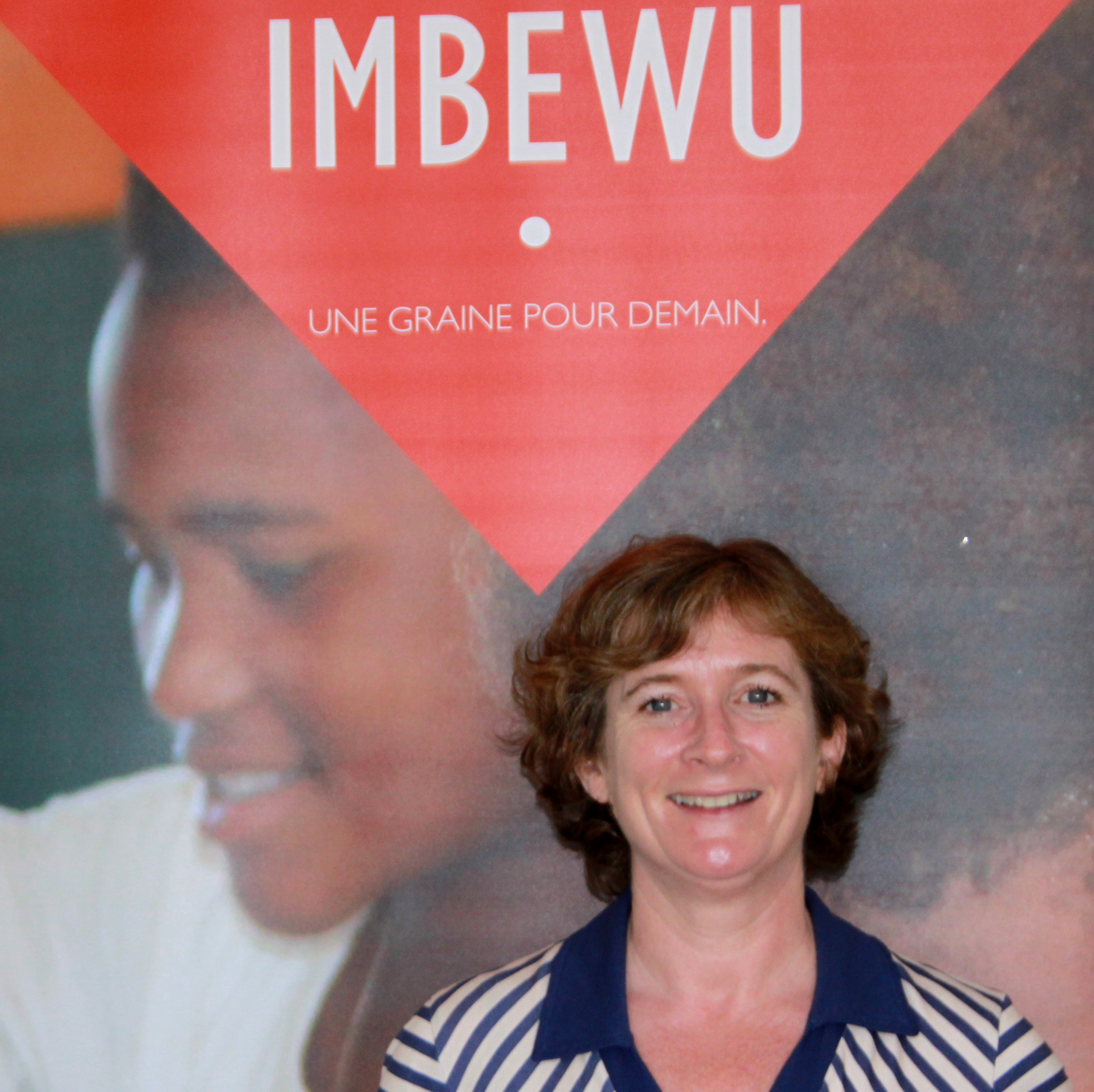 Sharon has been supporting IMBEWU as a volunteer since 2010. With a degree in international marketing and many years professional experience, she is actively involved in fundraising, identifying foundations and trusts which share similar values and objectives to IMBEWU and with an interest in supporting the projects.

The executive board, mandated by the General Assembly, comprises 10 members, including a president, a treasurer, a secretary and three project managers. All of these volunteer members strengthen and contribute to the management of the projects, to the evolution of the association and its action strategies as well as to its financial management.

After obtaining a bachelor's degree in humanities and social sciences at the University of Neuchâtel and a D.E.S.S. in social administration at the Université de Montréal, Milena spend a year in Madagascar as a volunteer teacher for a Swiss NGO. She is now a social worker for a charity in charge of the reception and integration of refugees in Neuchâtel and is undergoing postgraduate training in migration law. She is also involved in politics and associations.

Board member since 2014, Morgan is a specialized teacher, deputy head and instructor within the HEP-BEJUNE specialized in the pedagogy program. He is involved in politics and associations.

Bachelor in International Law, from Neuchâtel.

Vice-President
Project Leader for Siyakhula ! since 2007

Following three years of Law at the University of Neuchâtel, Véronique abandoned her studies to pursue a Diploma in Librarianship and a career as a librarian. At the same time, she worked as a volunteer in a number of different local organisations before joining the IMBEWU board. Both her children have participated in the volunteer programme in Port Elisabeth (2007 and 2010).

Project leader for Academy of Creativity

Holder of a bachelor degree in international relations and a master degree in public administration, she just has returned from five years in Bolivia where she worked for the Swiss NGO Interteam. She carried out her mandate in the government for the Department of Cochabamba in the evaluation of public policies and the creation of projects with the aim of reducing violence mainly towards women.

She has worked with orphanages and juvenile jails in the creation of vegetable gardens and is convinced that land work as well as sport, art or theatre are extremely effective means of transmitting healthy lifestyle.

She has a beautiful memory of her trip to South Africa with IMBEWU in 2005 and joined the committee in 2019.

Christine holds a degree in humanities (English, German, Psychology) and has been teaching English in Denis-de-Rougemont’s high school for 20 years. Passionate about her work and teenagers, she is involved in several extracurricular projects within the school and has been a member of the Youth Parliament Council group for over 10 years. She has a keen interest in educational and multi-cultural issues. As her brother and one of her students were at the origin of Imbewu, she had the opportunity to follow occasionally its progress and will be pleased to follow closely the development of the organization. 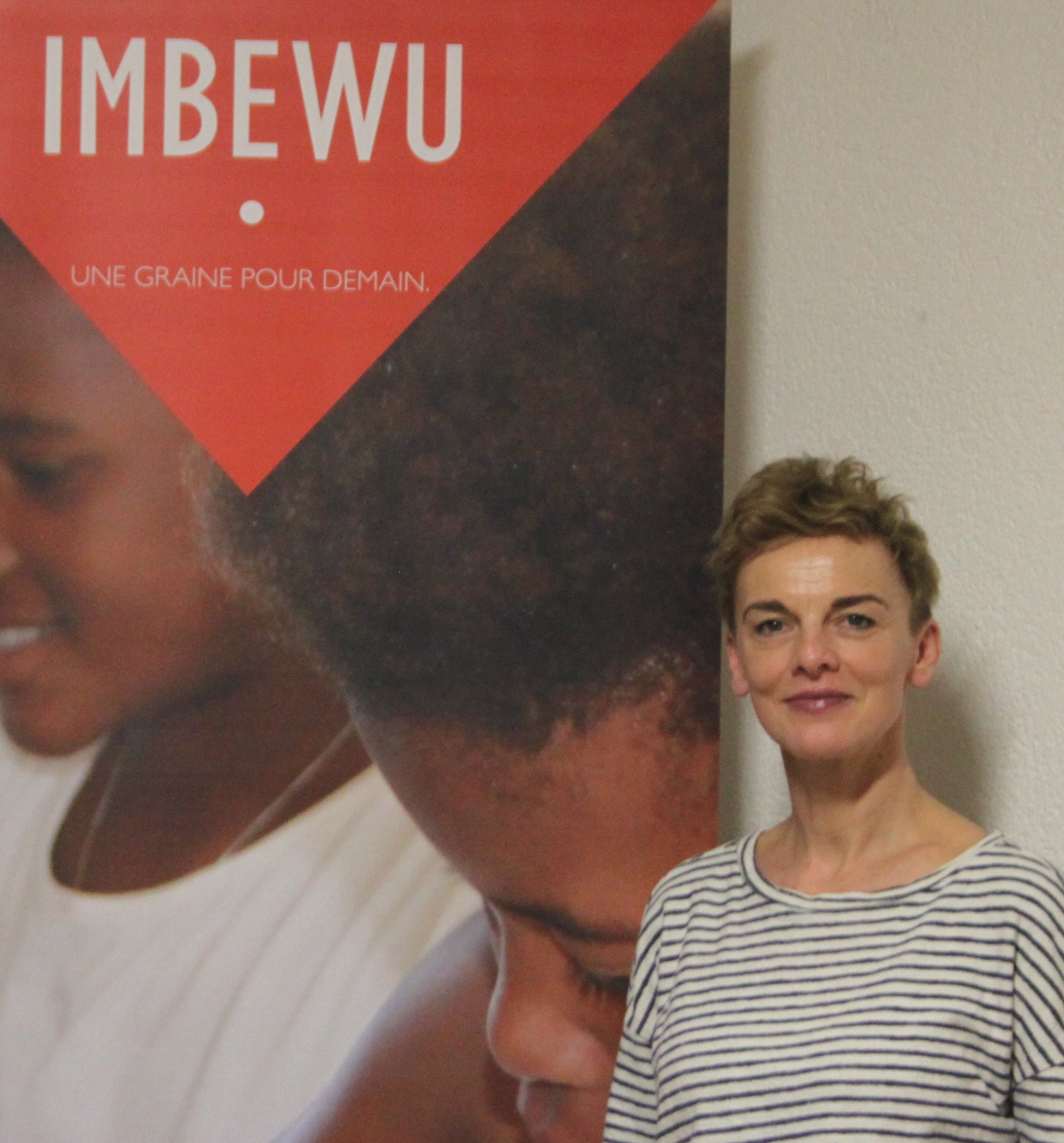